I have been in love with food and cooking for a very long time.As a child, I would beg my mother to let me look at her cookbooks. Even before I could read, I would spend so much time looking at page after page of pictures of beautiful food. And when I did learn to read, I would devour every word in every recipe. My favorite types of cookbooks where the wordy ones that told stories and and explained why and how something was cooked using a certain technique, and explained how it was served.

When my mother felt I was old enough to try cooking a recipe, she would read the recipe with me and then offer her support while I tried my hand at it, sometimes the experiment was just as new to her and I could sense her trepidation, and yet she never discouraged my exploration. My mother was not a great cook. And by that, what I mean is she always made us meals, always cooked from scratch and some things she did cook really well. Her roasted chicken was to die for. I’ve never seen  anyone ever been able to cook a chicken like she could; hers was always tender and juicy. Just don’t ask her to give you fried chicken- you would get black crispy nuggets pink on the inside, or you might get soggy, doughy, greasy pieces of something that might have been a chicken…I think she didn’t have the patience or the desire to fuss much about cooking, and a lot of her cooking was in a rush just to get it done. But, she always made sure we were fed, so when I think back on it, I’m glad she took the time to support me in what she thought was my hobby.

I also was a chubby child, who grew to be a chubby teenager, who grew to be an obese adult. So naturally, I also became interested in diet and wellness. My interests in eating and cooking and wellness was always evolving and I began studying the nutrition guidelines set forth by the nutrition experts and trying every kind of diet in vogue for the time. I then discovered alternative medicine and their varying guidelines of nutrition and well being, and I continued to battle the weight issues, and I continued to love the food world and dreamed of being a chef. In my early forties I had my chance to go to culinary school and learned about french cooking in a Le Cordon Bleau school. I enjoyed every moment in those classes and learned so much valuable information, and I had many amazing instructors. But one thing I learned during my externship  was that I didn’t like restaurant cooking. So I knew I would have to look elsewhere for satisfaction in a food career. My other passions are writing, shopping and sharing information, so it made perfect sense for me to start a blog in which I could do all of those things.

When I graduated from my culinary school I weighed 345 pounds. My weight made physical movement very uncomfortable and I also feel it held me back in other areas of my life, not just my culinary career. I also was becoming increasingly unhealthy and would need to soon pay attention to my weight if I wanted to become healthy again. And this is when I began learning about a plant based diet and its health benefits. I read many books and cookbooks on the subject and began to learn about plant based cooking. Admittedly, there were a lot of recipes that were boring or not very good tasting, but there were other recipes that were very tasty and very satisfying and very nutritious. So, I began to research and experiment and see if I could make this work for me. I’ve been successful. Although I’ve had many failed recipes, I’ve made other recipes that worked quite well: I regained my health and lost 125 pounds and am still losing. It’s been slow but positive, and its been a lesson for me in embracing a lifestyle change and making it stick..

In future posts I will be sharing anecdotes, stories, and recipes I develop and recipes that others have written and share with you my results of both. I will also share my thoughts and sometimes my philosophies on food, life,

nutrition and well-being. I am not a doctor or a dietitian, but I have lived long enough to have gained a certain wisdom and I will share with you what has worked for me and what hasn’t worked for me, Hopefully I will present to you food for thought for you to chew on as you continue on your journey through this wonderful gift of life we are given. May you be healthful and happy. 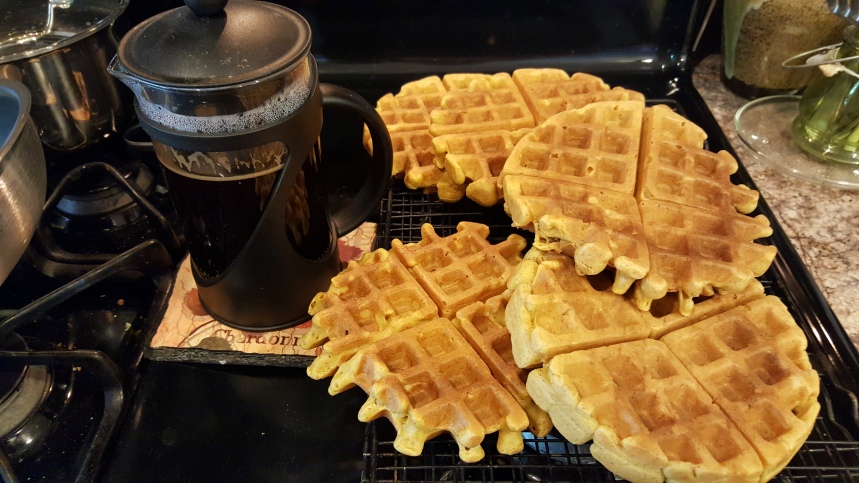